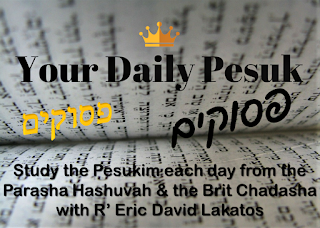 Numbers 25:10-26:4 Tree of Life Version (TLV)
Parashat Pinchas
10 Then Adonai spoke to Moses saying, 11 “Phinehas son of Eleazar son of Aaron the kohen has turned away My anger from Bnei-Yisrael because he was very zealous for Me among them, so that I did not put an end to Bnei-Yisrael in My zeal. 12 So now say: See, I am making with him a covenant of shalom! 13 It will be for him and his descendants after him a covenant of an everlasting priesthood—because he was zealous for his God and atoned for Bnei-Yisrael.”

16 Adonai spoke to Moses saying, 17 “Deal with the Midianites as enemies and strike them. 18 For they have been enemies to you in their deceptions of you in the matter of Peor and in the matter of Cozbi, the daughter of a Midianite prince, their sister who was slain on the day of the plague on account of the Peor incident.”

Numbering the Second Generation
26 After the plague, Adonai said to Moses and Eleazar son of Aaron the kohen saying, 2 “Take a headcount of the entire community of Bnei-Yisrael, sons twenty years old and upward, by their ancestral houses, all who can serve in Israel’s army.”

3 So Moses and Eleazar the kohen spoke with them on the Moabite plains by the Jordan across from Jericho saying, 4 “Just as Adonai commanded Moses, a census will be taken of all men of Bnei-Yisrael who came out of Egypt, from 20 years old and upward.”

How is it possible that one single man could turn away God's righteous anger away from a whole nation?  That is what we discover in our new Parasha this week "Pinchas" (Phineas), the grandson of Aaron Hakohen.  Somehow his zeal for Adonai made atonement for the whole nation.

This should speak volumes to us as Messianic believers; for it is a foreshadow of what is to come in our Mashiach.

If we think we live in an immoral society, it would do us well to remember that there is nothing new under the sun.  Klal Yisrael (congregation of Israel), had become so morally corrupt that even princes of tribes and great leaders, "married men of renown" with families and whom many looked up to were now committing sexual abominations with Moabite women.  The rabbis and sages comment frequently that in this instance Zimri ben Salu and Cozbi bat Zur flagrantly sinned without any concern or inhibition; in full view of Moses and the Sanhedrin committing harlotry in front of their eyes.  It was a combination of Pinchas' zeal and the blood of these two sinners that held back the anger on the whole nation and provided atonement.  The Torah says without blood there is no atonement.

David Melech Yisrael wrote in Psalm 69:10 For zeal for Your House consumed me
כִּֽי־קִנְאַ֣ת בֵּיתְךָ֣ אֲכָלָ֑תְנִי
This too is a prophetic credential of Mashiach.  He must be zealous and provide atonement, just as Pinchas did for all Israel.

John 2:13 The Jewish feast of Passover was near, so Yeshua went up to Jerusalem. 14 In the Temple, He found the merchants selling oxen, sheep, and doves; also the money changers sitting there. 15 Then He made a whip of cords and drove them all out of the Temple, both the sheep and oxen. He dumped out the coins of the money changers and overturned their tables. 16 To those selling doves, He said, “Get these things out of here! Stop making My Father’s house a marketplace!” 17 His disciples remembered that it is written, “Zeal for your House will consume Me!”

What sin exactly was taking place here that angered our Messiah so much that he became physically violent?  It cannot be the fact that the money exchangers were there in the Temple courts for the Torah allows for this:

Deuteronomy 14:24 But if the distance is too great for you, so that you are unable to transport it, because the place where Adonai chooses to put his name is too far away from you; then, when Adonai your God prospers you, 25 you are to convert it into money, take the money with you, go to the place which Adonai your God will choose, 26 and exchange the money for anything you want — cattle, sheep, wine, other intoxicating liquor, or anything you please — and you are to eat there in the presence of Adonai your God, and enjoy yourselves, you and your household.

We must understand from a Jewish point of view, the presence of money exchangers was not the problem here.  It is a well documented historical fact that the 2nd Temple was managed by Sadducees, who were politically tied to Rome and paid tribute to them.  Corruption had engulfed the entire Temple system to the point that what the Torah afforded as a "concession" for those who had to travel long distance with their cattle and tithes of bounty from the earth; now became a "REQUIRED" rule for everyone, no matter where they came from.  You could no longer bring your own offering, you had to bring money and exchange it for livestock that was raised by Temple Levites.  The corruption became so bad that to further profit from the sacrificial system people were charged for a perfect and pure lamb when in reality, the lambs they were sold were often lame and unqualified for sacrifice according to Torah.  The prices were also inflated beyond reasonable rates as well, taking advantage of the people who came to worship.

It is the same concept of a crooked car dealer who moves the odometer back thousands of miles and sells you a lemon, charging more than market value!  It was extortion!!!

This is what made Yeshua so angry.  He fulfilled the prophetic requirements to demonstrate the Messiah's zeal for His Father's House and he also provided blood for atonement.  (Not from disqualified and lame animals), rather his own perfect, spotless, blameless, sinless life.